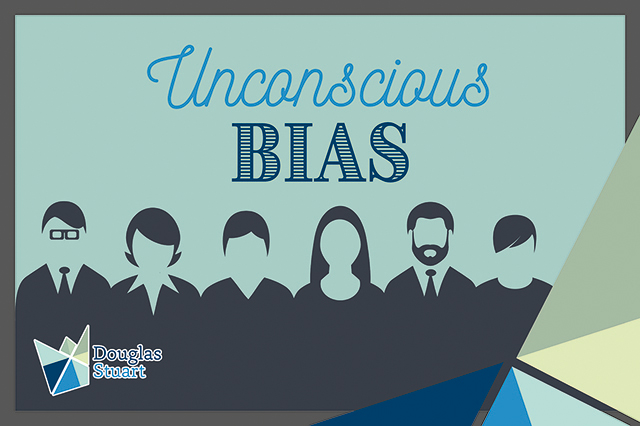 Recently I’ve been writing about diversity and gender parity in the energy, infrastructure and supply chain sector.  As an organisation we firmly believe that recruitment processes and talent strategies for small and large organisations alike, must work hard to reduce discrimination and prejudice. So it was a surprise to me to find that I have a bias against women in science – especially since it’s an issue I care about  – both professionally and personally. I admit, it’s a confession that I find embarrassing. I suspect I have some others too, lurking away in my unconscious. The only mitigating factor is that like me, I bet you’ve got some too.

Despite my good intentions and belief that prejudice and discrimination are unacceptable in the workplace (and all of life!) I find that my own behaviour may well be influenced by a set of unconscious biases, not endorsed of course, by my conscious mind.

The Harvard Implicit Association Test (IAT) measures attitudes or beliefs that people may be unwilling or unable to report. It does so by measuring the strength of associations between concepts and evaluation – so users rapidly categorize two target concepts (e.g. ‘male’ and ‘female’) with two different attributes (e.g. ‘science’ and ‘liberal arts’). In this way it is thought to measure our implicit attitudes.

In my case, despite all my conscious efforts and beliefs about ‘females’ being inherently equal to ‘males’ in science, my unconscious mind was ‘moderately’ biased against. Reflecting on this result I suppose that my early socialisation, dislike of maths (all my maths teachers were male!), and arts degree, where there were only a handful of men on my English literature course, set a strong female to arts bias.The fact that it contradicts the things that I believe on a rational level makes it feel even more significant.

Has my implicit, but unconscious bias, affected my behaviour? It’s difficult to say. Is it likely to predict my future behaviour? I hope not. Currently there is not enough research to show whether implicit bias can be reduced or indeed, eliminated.

The danger of complacency

What these tests of implicit bias highlight to me is that we should never be complacent about the evaluations we make about people and situations. Yes, we have to use our judgement and trust in our ability to make decisions that are fair and not fuelled by stereotypes or prejudice. But, these efforts must be active ones. It is often when we relax our endeavours to be egalitarian that our implicit biases can lead to discriminatory behaviour.

Like me, I suspect many people with hiring responsibilities are reluctant or unable to admit bias – largely because they are unaware of it. This can lead to a belief that we are doing all that we should to eradicate discrimination and prejudice in how we select candidates. The evidence, however, suggests that we are not winning this particular battle.  The National Bureau of Economic Research in the US released a paper entitled ‘Are Emily and Greg More Employable than Lakisha and Jamal? A Field Experiment on Labor Market Discrimination’. It found that: “Job applicants with white names needed to send about 10 resumes to get one callback; those with African-American name needed to send around 15 resumes to get one callback.”

Similarly, a study, carried out in France by the Paris School of Economics and Stanford University found that people with “foreign-sounding” North African names were less likely than others to receive a response from companies’ recruiting staff.

These are just a couple of illustrations of how unconscious bias might play out and it’s enough of a concern for a number of organizations including the Civil Service, BBC, NHS, HSBC and KPMG to trial Blind Recruitment programmes. Withholding key personal data on each application is at least one strategy that attempts to deny implicit biases the chance to operate. The removal of details such as age, title, first name, last name, languages and nationality gives recruiters a much more level playing field in which to judge the merits of each application, without succumbing to the tendency that we all have of homophily – a preference for people who are more like you.

Still, Blind Recruitment is only one strategy, and needs to be part of a broader commitment to foster a conscious effort to minimize bias in selection processes. While you may reduce the likelihood of bias at CV stage, the decisive factor in a candidates’ success is likely to be at the interview stage – where you are still left with the possibility of the interviewers own bias – unconscious or otherwise.

There are no hard and fast rules, but from experience, I believe that the more rigorous and defined the recruitment process is, the less likely you are to unwittingly allow prejudice to affect judgment. Using a competency framework to measure candidates against militates against that risk. As does ensuring interviews are conducted by diverse panels (where appropriate), or consecutive interviewing, where each panel member interviews the candidates separately, and then compares and compiles results with the group.

However, the most effective way of preventing bias is to ensure that all assessors (screeners and interviewers alike) have received formal assessment training, inclusive of modules on diversity and gender parity and they are required to practice their skills i.e. involved in a minimum of 6 interviews per quarter with observation and coaching provided by a qualified person. Interviewing is a skill which is difficult to master (if you ever do) even before diversity and gender bias are taken into consideration. Unfortunately, a plethora of factors result in the majority of interviews being conducted by untrained, inexperienced, biased assessors despite most companies eulogizing about “their people being the most important factor in the success of their business”

Forcing people to be ‘more inclusive’ has shown to be counterproductive. No-one wants to be hectored at, which is why I would never suggest using the IAT tests in a formal context, or sharing the results. But, if you do have responsibility for making hiring decisions, taking ten minutes to try one of the tests yourself could provide food for thought. You might uncover something you didn’t know about yourself – and the chances are, you won’t be alone.

Here is the link to the Harvard IAT test:  https://implicit.harvard.edu/implicit/takeatest.html

For more detail on any of the above or if you would like advice on how to address unconscious bias in your recruitment – including anti-bias training and competency based assessment training or consultancy on diversity-proof talent management  please contact consulting@douglas-stuart.com or call 0161 967 9670