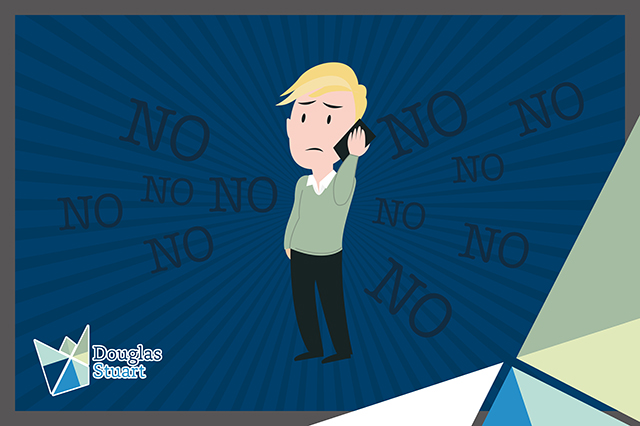 Most of us have experienced rejection at some point in our lives. It’s not pleasant. When it happens it doesn’t feel like there’s an upside. It just feels personal and can hit us at our very core.

It’s perhaps not much of a surprise then to discover that the experience of a rejection, activates the same area of our brain as when we experience physical pain. Our brain sends us the same powerful signals. We feel emotional pain.

Rejection damages our mood and self worth. It provokes feelings of anger, resentment and aggression. Sometimes it can even make us vengeful.
Recruitment – whether in-house or agency – necessitates rejecting candidates. It’s part and parcel of the job. For every successful candidate, there are far more who don’t make it to the finishing post. Which means we have to deliver, proportionally,  more negative news than we do positive.

Of course, with so much of recruiting activity weighted towards success – finding the right candidate, filling a vacancy and pleasing our clients – we place much less value on the impact we’ve had on those left by the wayside. Besides which, it make us feel great to deliver good news – who doesn’t want to tell a candidate ‘you’ve got the job’. We are much less motivated to speak to the candidates for whom we don’t have good news.

Hell hath no fury like a candidate scorned. A recent study found that 72% of candidates who felt they had a negative experience of a recruitment process would turn to social media and review sites to vent their frustrations. That’s a very vocal majority. The candidate who got the job may well have found your recruitment process faultless, but they are much less interested in taking to social media to sing your praises – after all – they’ve got a new job to do.

A candidate who feels let down by your recruitment process and has negative comments to share has a much a further reach and field of influence than you imagine. Word of mouth is doing untold damage to employment brands that fail to treat unsuccessful candidates with the same degree of care and professionalism as their successful counterparts.

It’s how you make people feel

Maya Angelou said famously, that ‘People may not remember exactly what you did, or what you said, but they will always remember how you made them feel.” Keeping that in mind will serve you well when you think about your interactions with candidates. Most bad news can be given, and received in a constructive and professional way if we put the person at the centre of the picture. We need to reframe the way we manage the rejection process to improve candidate care. Those candidates who we reject are still our customers. They are potential (and powerful) advocates for your organisation. Let’s treat them as we would like to be treated ourselves.

It’s easy, as recruitment processes become automated and data-driven, to forget that it’s our human interactions that have the greatest impact on how we feel. People may well be our most important resource, but all too often we fail to put our humanity at the centre of our approach. It’s our feelings and beliefs about an organisation that really distinguishes a good employer brand from a great one.

Imagine if a company that you applied to, interviewed with, and were rejected by, still kept talking to you, even though you didn’t get the job. It would communicate something very powerful about that business. It would suggest a level of engagement extending beyond linear candidate transactions. Even a candidate that’s been rejected for a job might still find themselves saying “It’s the type of place I would like to work”. That’s the kind of endorsement every employer should be aiming for.